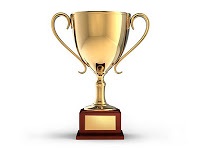 Okay, so there are no actual awards. These are just some of my favorite funny, entertaining or thought provoking tweets from 2012. Enjoy!


"One cloud to rule them all. One gateway to find them. One VPN to bring them all. And to our network bind them."
— Christien Rioux (@dildog) November 14, 2012


I don't use Facebook because I think the NSA should work for their money.
— explanoit (@explanoit) April 20, 2012


I say: "No, sorry. I'm not on Facebook at all." They hear: "I live amongst hill people where The Goat we worship has forbidden friendship."
— Merlin Mann (@hotdogsladies) March 24, 2012


No I won't break into your girlfriend's Facebook. #infoSecShirts
— Rob Fuller (@mubix) August 1, 2012


You know what cokeheads and programmers have in common? "just one more line..."
— Moose, not squirrel (@secmoose) February 3, 2012


Don't focus on whether newbies have skills for infosec. Just hire smart people with good judgement who care, and let them learn.
— Moose, not squirrel (@secmoose) October 11, 2012


We all have a Brad Smith we have not yet lost, but have not kept up with. What are you doing about yours?
— Jack Daniel (@jack_daniel) December 7, 2012

Well that's it for 2012. Please feel free to share your favorite tweets in the comments below. I wish you and yours a very happy new year!