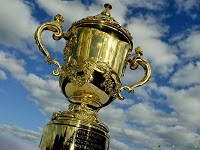 Welcome to the third annual InfoSec Tweet Awards!  These posts continue to be some of the more popular blog entries on SecurityRamblings.com so I feel compelled to continue the series.
As in previous years, there are no actual awards.  These are just funny or thought provoking tweets that I've "favorited" over the last year. Also, you will notice that the categories have changed.  This is because they are completely arbitrary. I make them up as I go along. So without further ado...


@Packetknife @McGrewSecurity if you like hunting pineapples, getting root in the rain, if you're not into php, if you have half a brain…
— Fabienne Serrière (@fbz) August 11, 2014


On the first day of Christmas my Sysadmin gave to me: a remotely exploitable NTP.
— Sad Server (@sadserver) December 25, 2014


Becoming a hacker requires nothing more than a dedicated pursuit to answering one question, "What happens when I...?"
— Stephen Haywood (@averagesecguy) August 21, 2014


Sometimes I worry the NSA might be spying on me through my desktop's webcam. Then I remember it's Linux and even I can't get it to work.
— Andrey Petrov (@shazow) February 23, 2014


Just realised that a Metasploit module that attacked Metasploit itself would be a meta Metasploit sploit.
— Patrick Gray (@riskybusiness) March 6, 2014


Here's what I think of the state of medical device security: I use a needle and syringe 6 times per day.
— Jay Radcliffe (@jradcliffe02) October 21, 2014


"Cloud" is wrong. It sounds fluffy and safe. Call it Mordor. Do you want to store your backups in Mordor?
— Munin‮repeeK eroL ‭ (@munin) September 7, 2014


Dear financial institution, Tumblr has enabled two-factor auth! And we just use it to share animated GIFs. Give us 2FA motherfuckers!
— Info Security Jerk (@infosecjerk) March 27, 2014


Dear internet, please treat your poodle for sandworms to prevent heartbleed or you may just end up shellshocked by bad analogies. Yay, cyber
— linuxstumbler (@linuxstumbler) October 15, 2014


New rule, calling it Grugq's Razor: "never attribute to 0day what can easily be explained by bad password management"
— the grugq (@thegrugq) January 4, 2014


Symantec's CEO was re-hired after it was discovered that his termination was based on a false positive.
— Fake Infosec News (@FakeInfosecNews) March 20, 2014

And the winner is.... InfoSec Taylor Swift (@SwiftOnSecurity)! InfoSec Taylor Swift is an unusual account. On one hand it's an obvious parody of a celebrity with a humorous slant towards information security. On the other hand she (he? they?) offers legitimately sound advice in 140 characters or less. The quality is such that news outlets have quoted the account and the new web site associated with it, decentsecurity.com, has the potential to become a solid resource for InfoSec fundamentals.

If you follow one new account this year it should be @SwiftOnSecurity. Below are a few gems from 2014:


You cannot leak that which does not exist. That's the ultimate answer. But that's the same philosophy as abstinence. We need education.
— InfoSec Taylor Swift (@SwiftOnSecurity) September 1, 2014


This concludes the 2014 Tweet Awards. Please feel free to share your favorite tweets in the comments below. I wish you and yours a very Happy New Year!