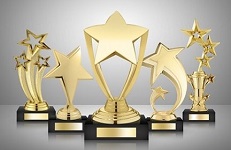 Welcome back good reader.  This year marks the 5th Annual InfoSec Tweets Awards!  It's hard to believe I've been doing this for half a decade.

In 2016 I reduced the number of accounts I follow and I'm not as obsessive about reading every tweet, but there were still plenty of gems to choose from.

Fell for one little ARP spoof and my mom got scared
Said you're implementing DHCP MitM monitoring with Snare
— SwiftOnSecurity (@SwiftOnSecurity) January 26, 2016

Star Wars and infosec. You’re convinced you need Death Stars to keep you secure, when actually you should teach your stormtroopers to shoot.
— Ben Hughes (@benjammingh) April 11, 2016

@wimremes sometimes good people get CISSPs because it's just easier than not having one
— FaithSpottedBald🦅 (@ErrataRob) April 18, 2016

Auditor: How would you rate your company's cyber resiliency?

Me: It depends. Relative to what and on what scale?

To err is human, to propagate that error to all servers is devops #owaspsheffield
— Robin (@digininja) February 25, 2016

"We can't get enough qualified people in infosec"

Dear bright eyed naive souls who really want a job with lots of travel, be careful what you wish for. You're asking for fatigue & bed bugs.
— b̈́͐̐̊́͠͝͝ȁ̈́̓̅̂̓̏̄t͒ (@mzbat) December 7, 2016

He wasn't a violent person unless he had to be, and took no pleasure in it. But these people were blocking the power outlets at the airport.
— Infosec Noir (@InfosecNoir) January 6, 2016

On every first date, I bring an NDA and sign it right in front of him so he's not scared I'm going to go tweet mean things about him
— Dana Schwartz (@DanaSchwartzzz) January 2, 2016

OH: "You know your boyfriend works in Information Security when he gives you keys to his house before he gives you his wifi password."
— J Wolfgang Goerlich (@jwgoerlich) February 25, 2016

All this talk of the "threat landscape", does that make us threat landscapers? I've got a pickup truck, mower, and chainsaws- I'm ready.
— Jack Daniel (@jack_daniel) December 2, 2016

Roses are red.
Smurfs are blue.
If your e-card makes me install Flash,
I will stab you.
— b̈́͐̐̊́͠͝͝ȁ̈́̓̅̂̓̏̄t͒ (@mzbat) February 13, 2016

So many people (and companies) focused on zero days while ignoring 5,437 days.

Well, that's a wrap for 2016.  I know this year has sucked for a lot of you.  We've lost loved ones and those who inspire us, but this does not diminish the impact they've had on our lives and the people we are because of them. With that said, on this New Year's Eve, let us celebrate the good things in our lives and cherish those who are still with us.  I wish you all health and happiness in 2017 and hope to see many of you soon.