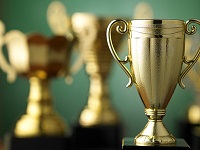 Another year done.  You know what that means?  It's time for the annual InfoSec Tweets Awards!  This marks the 6th year running.  As you long as you keep reading them, I'll keep writing them.

Raise your hand if you use the same password for everything.
Allright, now use that hand to slap yourself in the face.#infosec
— Khalil Sehnaoui (@sehnaoui) January 8, 2017

If you're a pentester, hacking skills might be what gets you the job but that's not what you're selling. Your work product is the report.
— egyp7 (@egyp7) May 18, 2017

We had cryptographic potatoes for dinner. They were salted and hashed.
— Andromeda Yelton (@ThatAndromeda) March 12, 2017

If you want to frustrate Burp users, have certain keywords like "postgresql" randomly apear in hidden fields on the site. The SQLi scanner will go mad!
— Robin (@digininja) November 27, 2017


Best Use of a Meme

I'm using this in so many presentations pic.twitter.com/9tO7XQWUeu
— Amanda Berlin (@InfoSystir) August 31, 2017

(you both get credit for this one-two punch)


That's a wrap for 2017.  It's been an interesting year filled with record breaking breaches, crypto malware and the like.  No doubt this has kept many of you busy and as the year winds down it's my hope that this annual post will give you a laugh or two .  Feel free to comment below with any Twitter gems that I inevitably overlooked.

I wish you all health and happiness in 2018 and hope to see many of you soon.