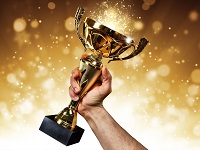 As 2018 comes to a close, it becomes time once again for the annual InfoSec Tweets Awards!  This marks the 7th year running.  As long as you keep reading these posts, I'll keep writing them.

It's been a while since the last one, but yup, people still send angry emails complaining that the metasploit installer contains viruses.
— egyp7 (@egyp7) April 19, 2018

Vendors are like Scooby-Doo villains, constantly trying to convince us that there are werewolves so they can sell us silver bullets.
— Matthew Gracie (@InfosecGoon) October 31, 2018

*looks around*
The CISSP is useful when it's applied in the proper context and for the appropriate, intended audience.
— The Yule Rabbit (@ra6bit) November 28, 2018

Make no mistake about it.

Getting things like certifications and degrees is just the beginning of the journey.

This cybersecurity space is all about life time learning if you really want to make a dent.
— Marcus J. Carey (@marcusjcarey) December 14, 2018

How to screen for natural infosec talent:
Ask for a worst case scenario for any common situation. If the answer appalls you and keeps you up at night, HIRE THEM!
— Jack Daniel (@jack_daniel) October 10, 2018

Infosec doesn’t need “rock stars”, ninjas, or geniuses. We need LOTS of 9-5 professionals working on all aspects of this problem, not just technical.

Today I hope this serves as motivation to those #codenewbies/ #100DaysOfCode devotees that it can happen.

Pic on the left was January 29th, 1st day as a fast food server. $8/hr. Every day I walked home & coded for hours.

As you can see, this year I have forgone the “Tweet of the Year” in favor of an “Inspirational Tweet of the Year”.  While not strictly InfoSec related, coding is a notable part of our industry and Ms. Alexis serves as an inspiration to us all.

Thank you to everyone in the community for providing so much great content to choose from and special thanks to those who were featured above.  Feel free to comment below with any Twitter gems I inevitably overlooked and I encourage you to send me tweets throughout the coming year for the next InfoSec Tweet Awards.

I wish you all health and happiness in 2019 and hope to see many of you soon.